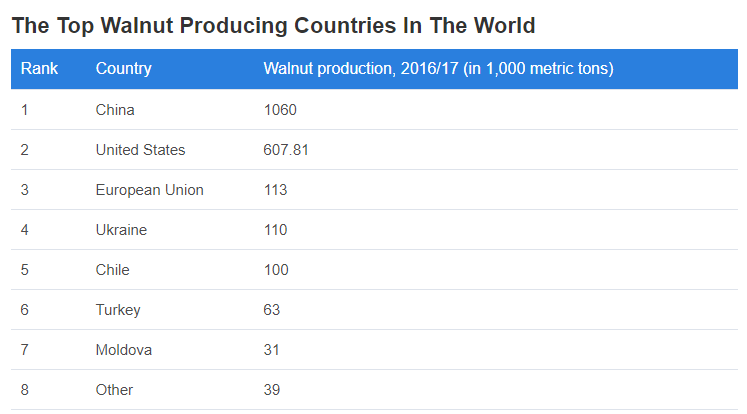 There are two major species of walnuts, the English walnut, also named the Persion walnut as it originally came from Persia,  and the black walnut. The last one originated in  North America.
Walnuts usually grow well in cool climates. The yield is affected negatively by high temperatures. An average annual rainfall of about 800 mm results in the best possible yield of the crop.
They are considered to be one of the healthiest foods you can consume. A great sales feature.
Top Walnut Producing Countries
China
China is the foremost producer of walnuts. In the year 2016/17, it produced 1,060,000 metric tons of walnut. With that production it accounted for about 50% of the total global walnut production. China is also the world’s biggest consumer of walnuts. Annual per capita consumption in China has grown considerably from only 0.17 kg in 1995 to 1.8 kg in 2016.
The United States
The US is the second producer globally. It accounts for nearly one-third of the global production. California is that state that produces the most walnuts. As a matter of fact, California nearly produces all of the walnuts in the US. Nearly 4,900 farmers in California make their living growing walnuts. In 2016/17, the US had a production of  607,810 metric tons.

​​Other Major Walnut Producing Nations
China and the US account for nearly three-quarters of the global walnut production. The European Union, Ukraine, Chile, Turkey, and Moldova are the other top regions/countries for walnut production.
Uses Of Walnut
The primary use of walnut is as food. Walnuts can be eaten on their own or added to a dish or food item like muesli, walnut pie, walnut soup, walnut cake, etc. Walnuts are also used in the preparation of folk medicines although little evidence pointing towards the efficacy of such treatments. Walnuts are also used to produce ink and dyes and for some other applications.
Specifications 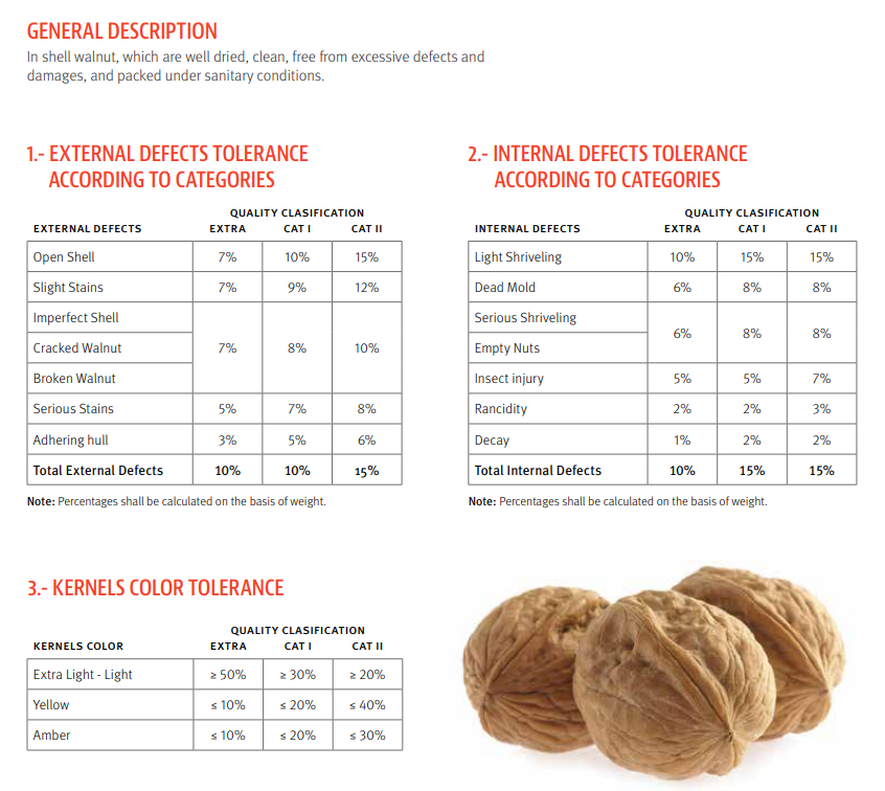 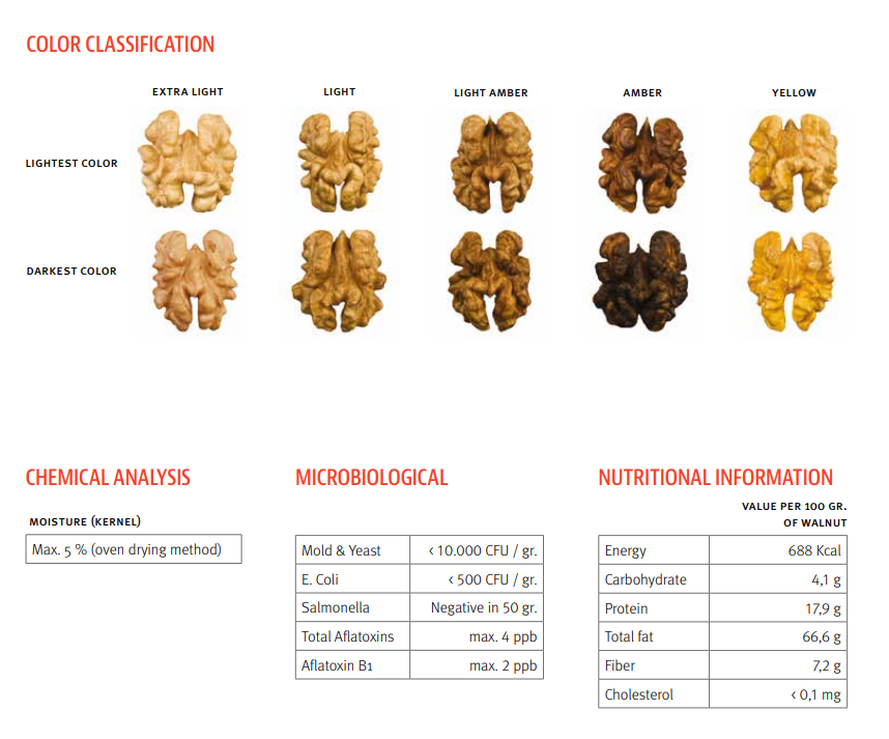 these are for you 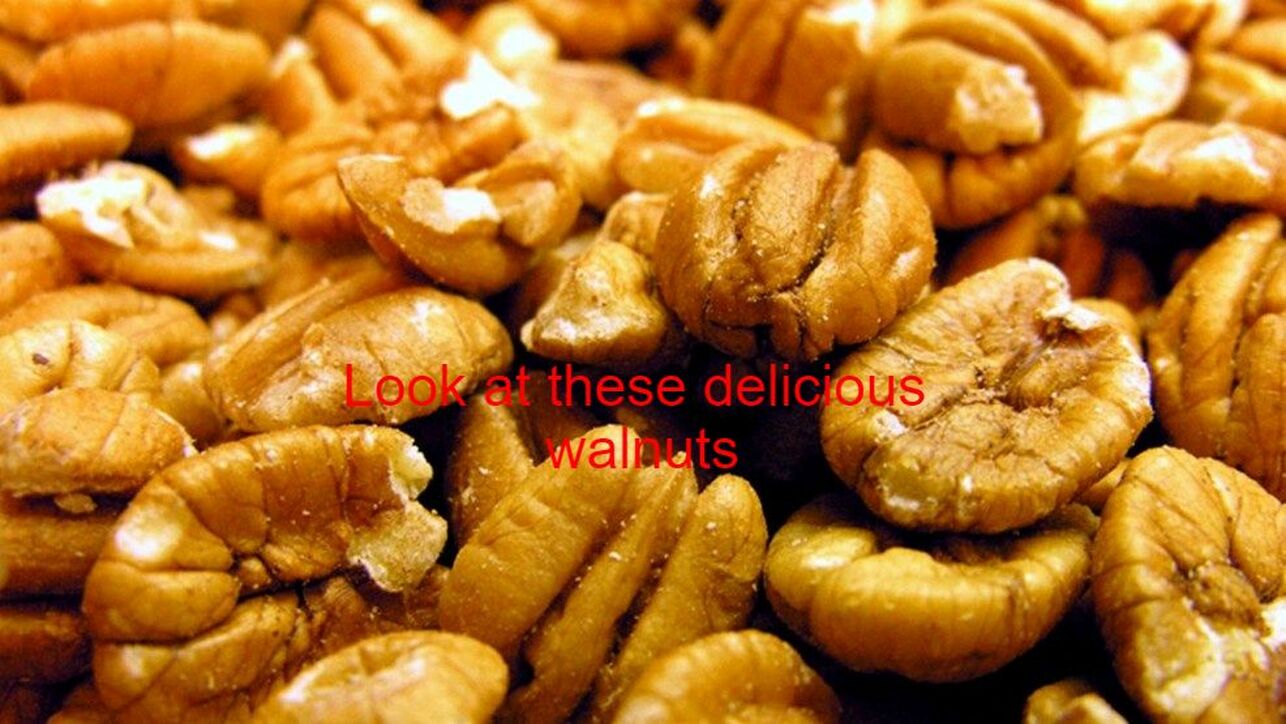